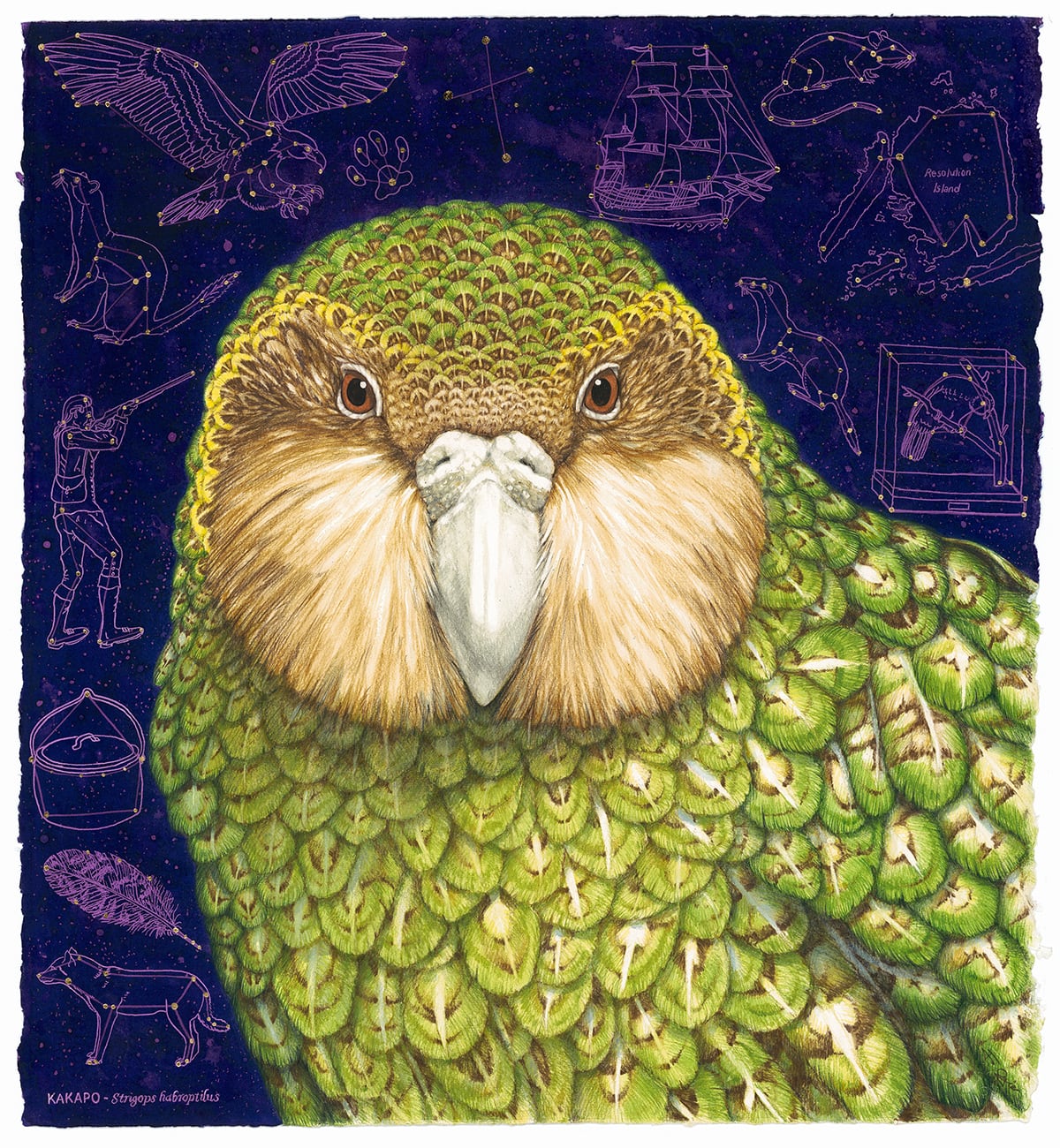 Kākāpō are nocturnal and the most endangered parrot in the world, listed internationally as “Critically Endangered”. Approximately one third of them now live in the Dusky Sound area.

It is hard to believe anyone would have been able to predict their demise in the stars from that first contact with man. In this work I have developed a set of star signs just for the Kākāpō, referencing the contributors that have pushed these beautiful birds to the brink of extinction.

The only real predator to the Kākāpō before the arrival of humans would have been the Hast Eagle. Along with the arrival of Maori and later explorers and settlers, who also navigated the oceans by stars, came rats, mice, dogs, stoats, ferrets, possums, cats and guns.

The Victorian obsession with collecting also fuelled the need to fill the cabinets of curiosity all over the world with all things exotic like the Kākāpō. The likes of the flightless and beautifully patterned camouflage feathers would have also provided a rewarding sum for the finder, not to mention providing a fulfilling meal to the hunter.